GSG Architecture with TBP Architecture were hired to analyze and update the previous 2005 campus master plan and, in particular, the task to explore alternative locations for three key buildings and a future residence hall complex. Site issues examined were the complicated topography of the campus, the infrastructure to support the new development, and convenience of parking, and pedestrian and vehicular traffic on campus were analyzed with the goal of supporting future development, wayfinding and smooth transit within the campus. The master plan received unanimous approval by the Casper College Board of Trustees on April 21, 2009. 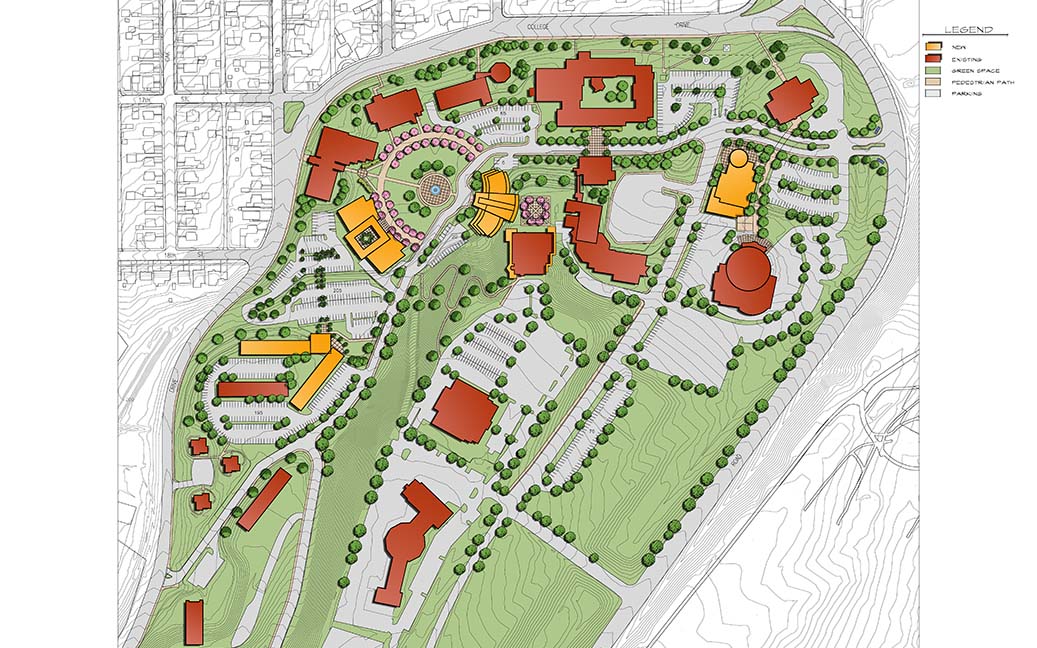